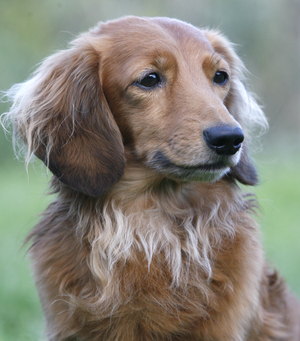 He is a beautiful red Dachshund with a friendly outgoing temperament. He gets on with all the other dogs & bitches he lives with, as well as most of the livestock we keep around the place. In all a true family dog.

He qualified for Crufts 2006. but due to family commitments has not been shown again.

He has and still is siring super puppies of all colours to suitable bitches, his last litter of 4 were born when he was 12 years old.

He weighs in at 10lbs and all his pups, to date, have been show size but with his outsize personality.

The 'houndpack' keep us all entertained with their antics around the house and Blazer keeps them, and us, all in order.

*STOP PRESS*
Torwood Blaze 'O' Glory, our beloved Blazer, has been granted a Clear (normal) DNA for PRA which just confirms what a superstar he is!!!

George, born on the 4th July, hence his name, is now well established on the stud scene. He is also PRA clear and has a super temperament, as do all our dachshunds, with the male dogs living together mostly in the kitchen. He has a luxurious red coat and super bone along with the aristocratic looks of his breeding. 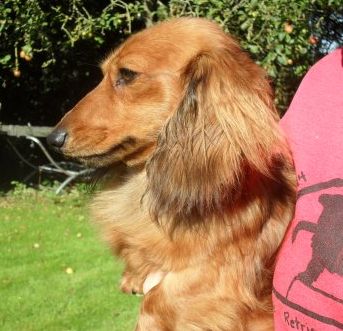 Pete, is now well established on the stud scene and is taking to being shown well. He qualified for Crufts very early in the year and was not shown over the summer but has taken up in the winter where he left off in the earlier show scene.

He was at Crufts 2018 and was awarded a very creditable VHC (very Highly Commended) in Limit Dog to go with his earlier Crufts awards.

He is also PRA clear and has an IVDD (Inter Vertibral Disc Disease) score of 1, which is extremely good and means he can be mated to most Dach and should pass on the genes for good backs to his progeny thus diminishing the chances of hiis pups going down with the terrible back complaints that affect 1 in 4 Dachs (apparently),

His lovcly friendly  outgoing  temperament, which we expect from all our stud dogs makes him very easy to use at stud, even with shy or nervous bitches.. He has a beautiful red coat, throws a variety of colours, has strong bone and plays well with all the younger pups and older bitches as well as getting on well with our other stud dogs.. 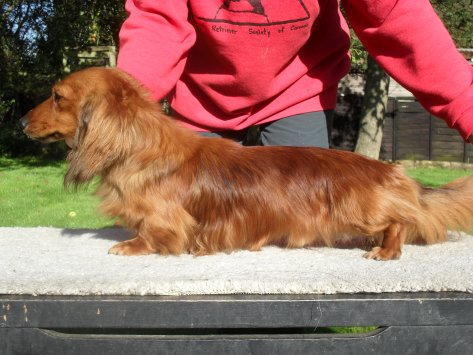 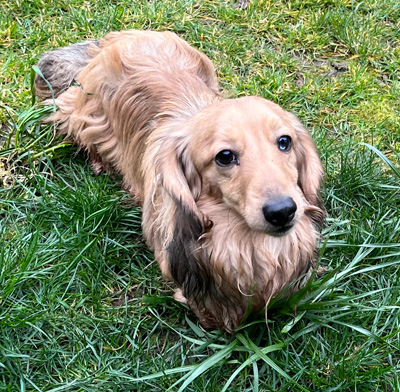 Scrappy,  He is PRA clear and has a super temperament, as do all our dachshunds, with the male dogs living together mostly in the kitchen.

Being a cream dapple, he has a lustrous coat that appears to shimmer with shading as he moves.

He has a super deep chest to go with his aristocratic looks that are typical of the breed. 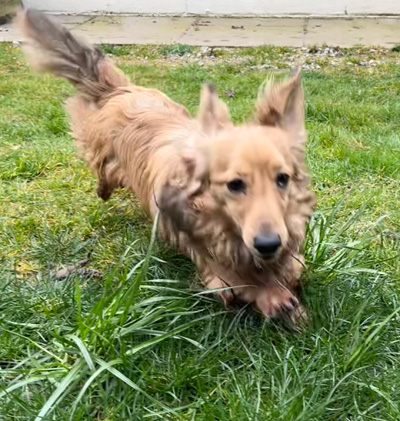 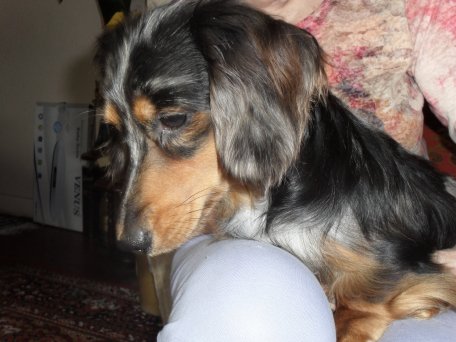 Thunder,  He is PRA clear and has a super temperament, as do all our dachshunds, with the male dogs living together mostly in the kitchen. He has a luxurious Silver dapple coat with rich tan markings and super bone along with the aristocratic looks of his breeding. 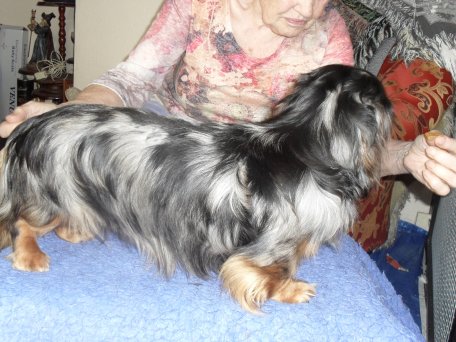